This is going to be a huge post as I gave up making monthly updates!

The Complete History of New Zealand (in less than two hours) by Peter Jessup
Discover Your Roots by Paul Blake
Building the New World by Erik Olssen
Over the Wide and Trackless Sea by Megan Hutching
My Lovely Wife by Samantha Downing
From Alba to Aotearoa by Rebecca Lenihan
The Bluest Eye by Toni Morrison
Unofficial Guide to Ancestry.com by Nancy Hendrickson
Rants in the Dark by Emily Writes
Wicca by Arin Murphy-Hiscock
Tracing Your Scottish Ancestors by Ian Maxwell
Tar Baby by Toni Morrison
Middlegame by Seanan McGuire
Breaking the Lore by Andy Redsmith
Know Your Rites by Andy Redsmith
Starlings by Jo Walton
The Merciless by Daniell Vega
The Armored Saint by Myke Cole
Spell on Wheels by Kate Leth
The Replacement by Brenna Yovanoff

The Honours by Tim Clare
Waking the Witch by Pam Grossman
Enquiry by Dick Francis
Woman Most Wild by Danielle Dulsky
Hocus Pocus and the All-New Sequel by A.W. Jantha
Falling Free by Lois McMaster Bujold
The Horse Goddess by Morgan Llywelyn

The National Publicity Studios were established in 1945 in part to produce publicity material with the intention of promoting New Zealand to tourists and immigrants.

I purchased these postcard images from Trademe in 2011 and they’ve been languishing unloved in an envelope since, so I decided to scan and share them here. 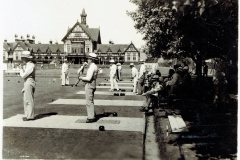 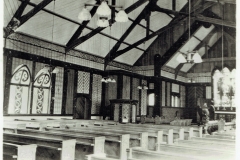 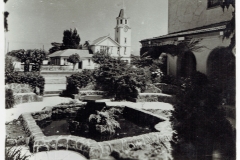 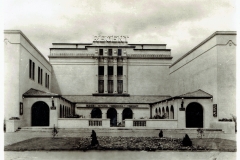 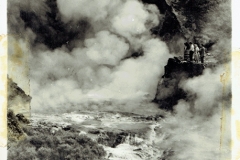 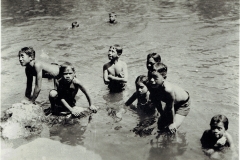 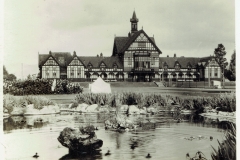 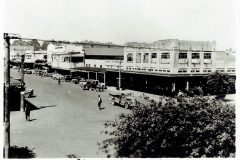 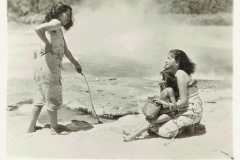 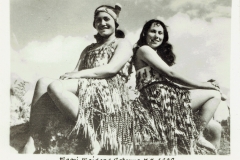 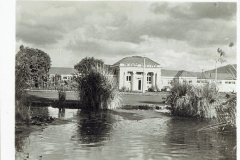 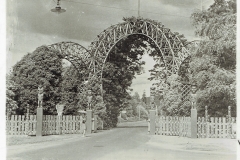 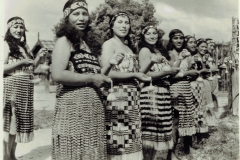 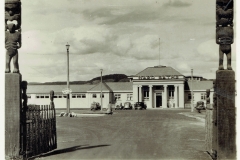 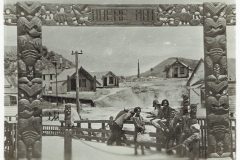 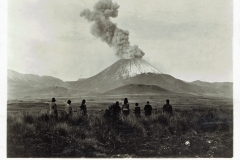 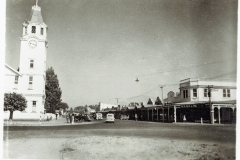 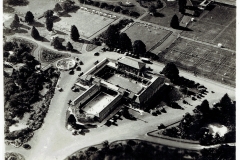 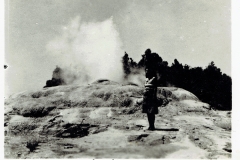 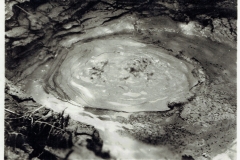 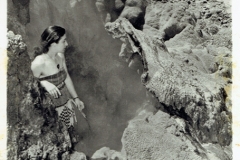 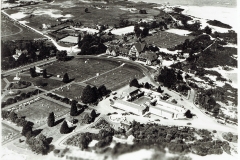 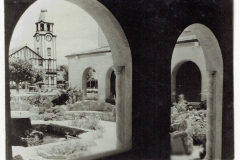 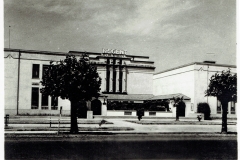 I finished a lot of Michael Connelly this month. The worst part is waiting for the eBook to become available from the library. Let’s just say I have a lot of books on hold!

Also devoured a lot of Laura Lippman, whose Private Investigator protagonist reminds me fondly of Grafton’s Kinsey Millhone. Gotta say I’m not hugely keen on the Baltimore setting as it’s an American city I have no interest in, but her writing and plots are strong enough to see me through.

I tried a few other crime writers in March: McIlvanney, Ellison, Peter James. None of them really grabbed me. I think I’m about to admit defeat when it comes to Tartan Noir too. Stuart MacBride & Val Dermid aside, it’s not for me.

My health has continued to be a problem, so I topped off my list with a few Pratchett faves, which are the ultimate in comfort reading. The Night Watch series is probably my all time favourite collection, although I’m partial to the witches and Death as well!

I’ve been struggling with focus and motivation recently, so I was surprised to see that I finished 34 books in Feb. Mostly novels, particularly books in series’ by authors I enjoy like Michael Connelly & Candice Fox (crime/mystery) or Steven Saylor & Ruth Downie (crime/mystery set in Ancient Rome).

A new year, a new list. Up until a few days ago, I felt like I’d hardly ready anything this month, but apparently I’ve cranked out quite a few novels! Only five non-fic books made my Jan list; the rest was genre fic, mostly mystery stuff. All in all, I finished 32 books in January.

I’m making my way through Michael Connelly’s back catalogue after picking up “The Late Show”, which was published mid-2017. The old stuff is a little dated, but in a very entertaining “L.A. noir in the ’90s” way.

I also stumbled across Steven Saylor’s Roma Sub Rosa novels, which are mysteries set in the ancient Roman Republic. I’ve been a fan of Lindsey Davis’ Falco series for a long time, and Saylor’s mysteries are in a similar vein – but with less humour and a touch more history. I’ve loved historical novels set in ancient Rome since reading Rosemary Sutcliff as a child, and doubled down on all things Roman while studying Classics in high school (and laughing myself silly at Juvenal’s Satires).

Another year done and dusted. This one was a big reading year, although I didn’t add many titles to the list in December itself – too busy with everything else. I’m not complaining! Lots of work, sunny days, and holiday celebrations took up my time instead.

Death Message by Kate London
Resolution by Denise Mina
The Spirit Almanac by Emma Loewe
Brightly Burning by Alex Donne
Marked in Flesh by Anne Bishop
Etched in Bone by Anne Bishop
Hexes for the Modern Age by Val Brains
After Z-Hour by Elizabeth Knox
Shards of Honor by Lois McMaster Bujold
The Witch’s Altar by Jason Mankey and Laura Tempest Zakroff
The Witch’s Book of Shadows by Jason Mankey
Empress of a Thousand Skies by Rhoda Belleza
The Queen of Sorrow by Sarah Beth Durst
The Thickety: A Path Begins by J.A. White
The King of the Witches by June Johns
Queen of Darkness by Anne Bishop
Blood of a Thousand Stars by Rhoda Belleza
Faith, Issue 1 by Jody Houser
The Hogfather by Terry Pratchett
Going Postal by Terry Pratchett

I managed to squeeze in some extra reading time this month by lugging my iPad everywhere with me. Honestly, Auckland Libraries OverDrive is one of my favourite uses of the internet. It’s free to use once you sign up/in with your library card, and the selection is actually pretty damn good. I make sure to recommend books for them to purchase regularly too.

I received some books on my birthday so this month I have actually read some analogue novels too, but it’s hard to beat the convenience of digital. That being said, I’m not sure it’s done my eyesight any favours.

Lots of crime/suspense/thriller/mystery stuff this month, including some by my all time faves: Tana French & Stuart MacBride (yep, I like my murder mysteries to be really messed up). I’ve also been smashing out a lot of Anne Bishop fantasy, but I’m still undecided on whether I like her or not… The more I read her works, the more I see disturbing gender-essentialist “woman in jeopardy” themes coming through and it’s just not my cup of tea. Even when everything else is good, that kinda thing leaves a bitter taste in my mouth.

October is always a busy month for me – and with low mood issues, it’s also been a difficult one. But I still managed to squeeze in 18 books, which I feel good about. It’s quite a collection too. Spec fic (I think I love Jo Walton), romance, crime thriller, fantasy, and the odd non-fic for research purposes.

September was Comic Book month at Auckland Libraries, so I tried a bunch of graphic novels, and found some amazing stories. I liked comics as a kid (particularly X-men and Catwoman) but always kinda wished the stories were longer so I became a fan of collected editions and graphic novels. My first G.N. was “Dragonflight” by Anne McCaffrey – I’d read and loved the series beforehand, so the graphic novel was a wonderful find (at Rotorua Library back in the ’90s). As an adult, I became obsessed with Neil Gaiman’s “Sandman” overture, and I’ll admit there are lots of online comics that I regularly ready. So finding “The Wicked + the Divine” and “Locke & Key” had me feeling really lucky this month.

I also started making my way through Naomi Novik’s alt-hist/fantasy “Temeraire” series – dragons in the Napoleonic Wars, what’s not to like. I read the first novel shortly after it was released and really liked it, but for some reason I never picked up the rest. Mistake! They are great, just wholesome fantasy with terrific language.

I also finished a few other series (Rendell, Blizz Chronicles), and started a bunch of new ones by Jo Walton – I’d read “My Real Children” a few years ago when I found it in a pile at Mum’s place, and it was weird in the best way. This month, I got “Among Others” and it was so perfectly attuned to my interests that I didn’t want it to end. After a brief mourning period, I moved on to her alt-history “Farthing” and her Arthurian-esque “King’s Peace” – both trilogies, so yay!

In November 2018, I will participate in NaNoWriMo, with the goal of completing 50,000 words by midnight of 30/11. This averages out to 1667 words per day. I know that I can accomplish this because I have done it twice before, so I will not let  anxiety or negative self talk try to convince me otherwise!

I will write every day, between noon and 5pm, with no exceptions barring serious illness or natural disaster. Playing catch-up is hard, so my actual daily goal will be 2k words just in case the serious illness or disaster does occur! If the worst happens, I will not give up just because I’ve fallen behind my word goal. I will carry my notebook and iPhone with me so that I can write anywhere at any time.

I will not give in to boredom, laziness, or FOMO. To achieve this, I will follow the plot plan that I have created, and write the parts I want to write, regardless of order. I give myself permission to abuse coffee if required.

I will shelve my inner editor. I will not re-read anything that I have written until December. I give my novel permission to be terrible until December. This novel is ultimately for me – I don’t have to live up to anyone else’s standards.

I will not let outside interference dissuade me. I am allowed to prioritise this for myself, and the world will not end just because I have done so! I will retreat to my office if required, or the cafe, or the library. I will wear headphones and turn up my music.

I am allowed to be excited about this, even if nobody else understands. I will use FB groups and write-ins to discuss this with like-minded folks.

I want to accomplish this because I need to add structure and discipline back into my day, so that I have solid foundations for the rest of the work that I do. I want to teach my mind that “the perfect is the enemy of the good” and encourage no-holds-barred creativity. I want to give in to the urge to write.